Jeff Currier travels to Mexico in search of roosterfish with the new Boron III Plus saltwater rods. 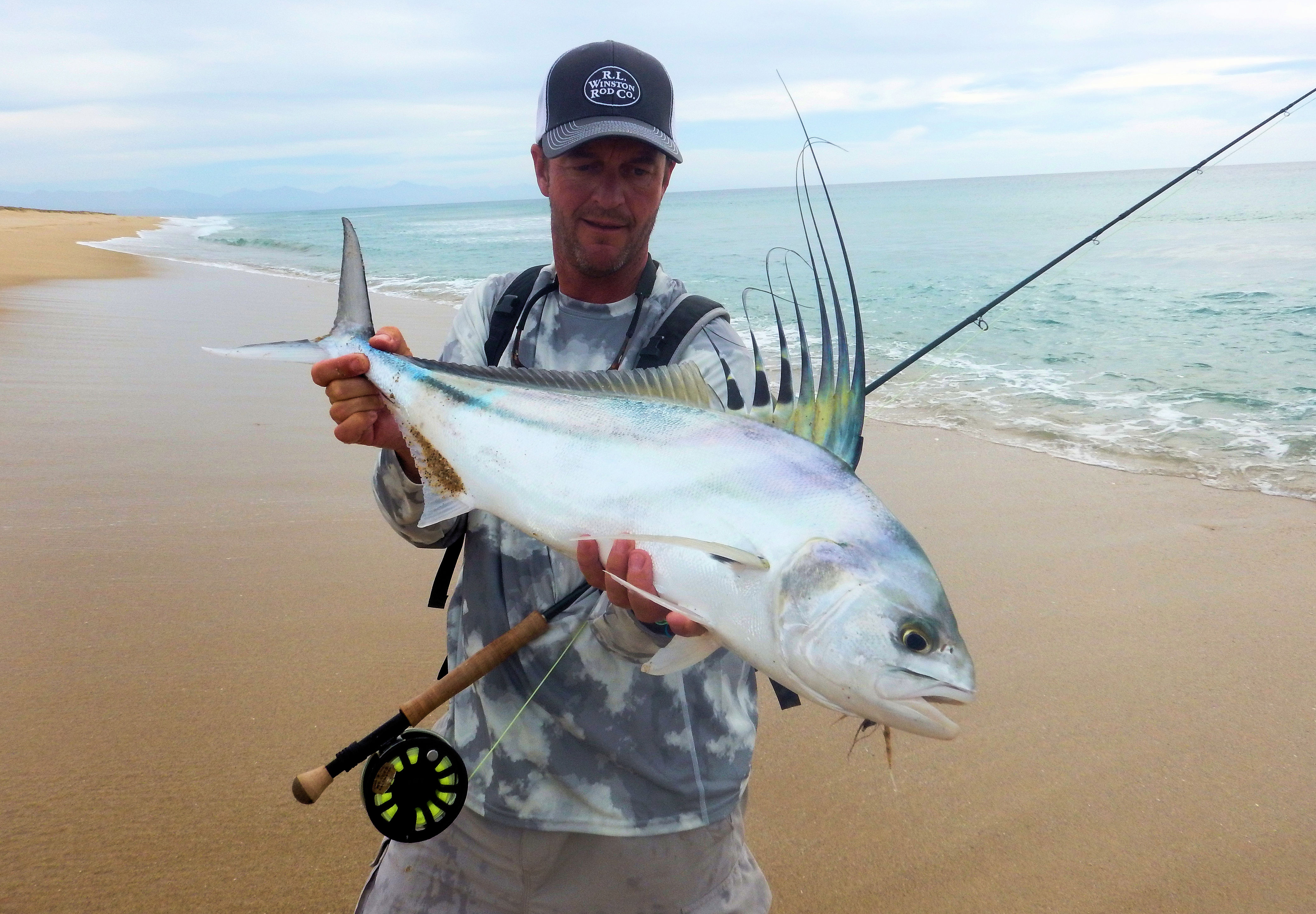 It’s been a blur since I received my new Winston 9’ 9-weight Boron III Plus Jungle Rod. The attractive new model arrived in late October and I took it on a two day photo shoot to Key West. We got our photos and I enjoyed my best day of bonefishing in the Keys of my life. That was my first experience with the extra powerful new model Winston and I was impressed. 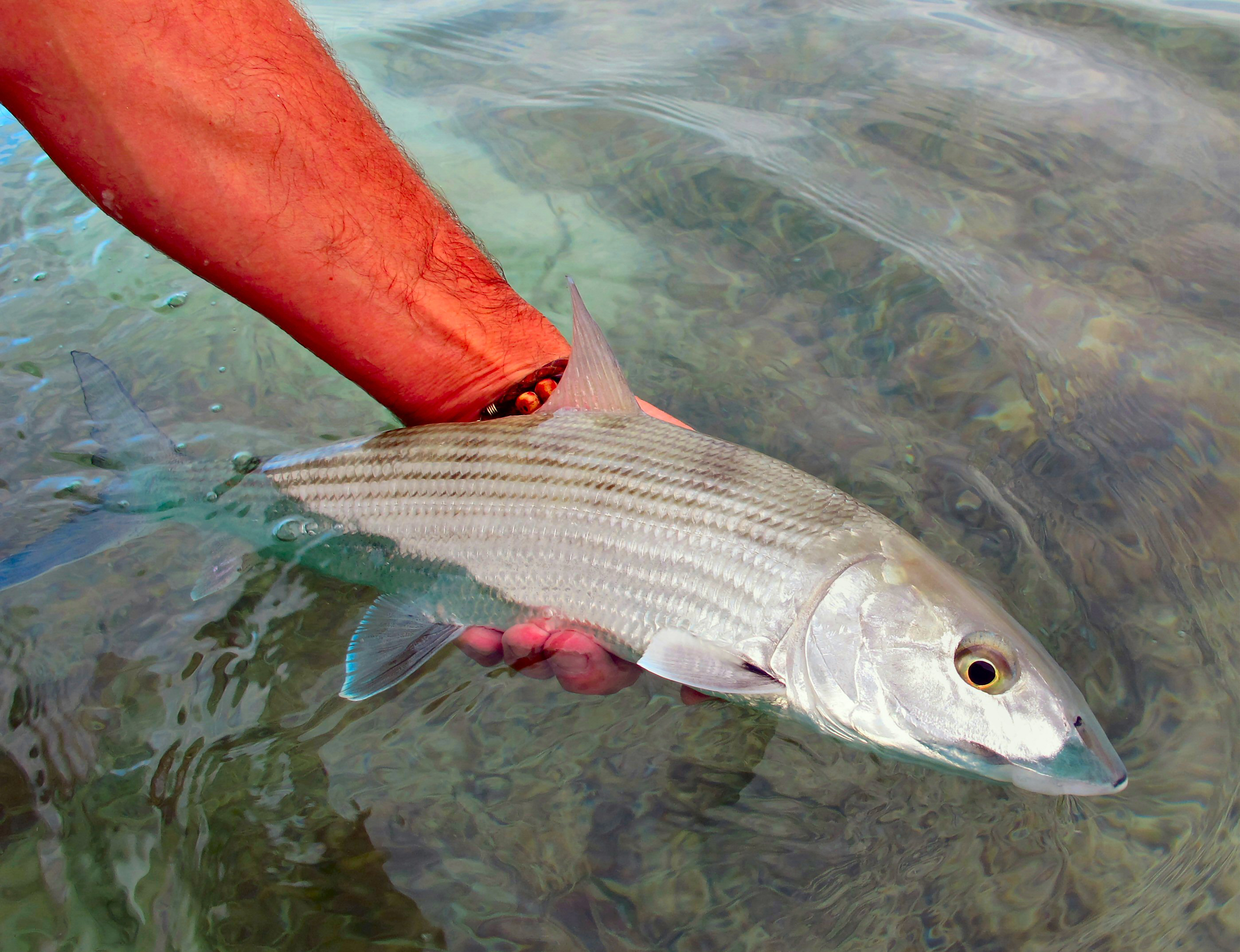 The rod was barely rinsed of the Key West salt before it was in my hands 8,000 miles away off the southern tip of Africa.  I was on a three week journey through South Africa and Lesotho visiting friends and fishing.  I found myself along the coast between Port Elizabeth and Mossel Bay.  I couldn’t resist the opportunity for more saltwater fun and racked up several new species.  My favorite was a dusky kob, a lucky catch on the fly but once again the 9-weight proved itself. 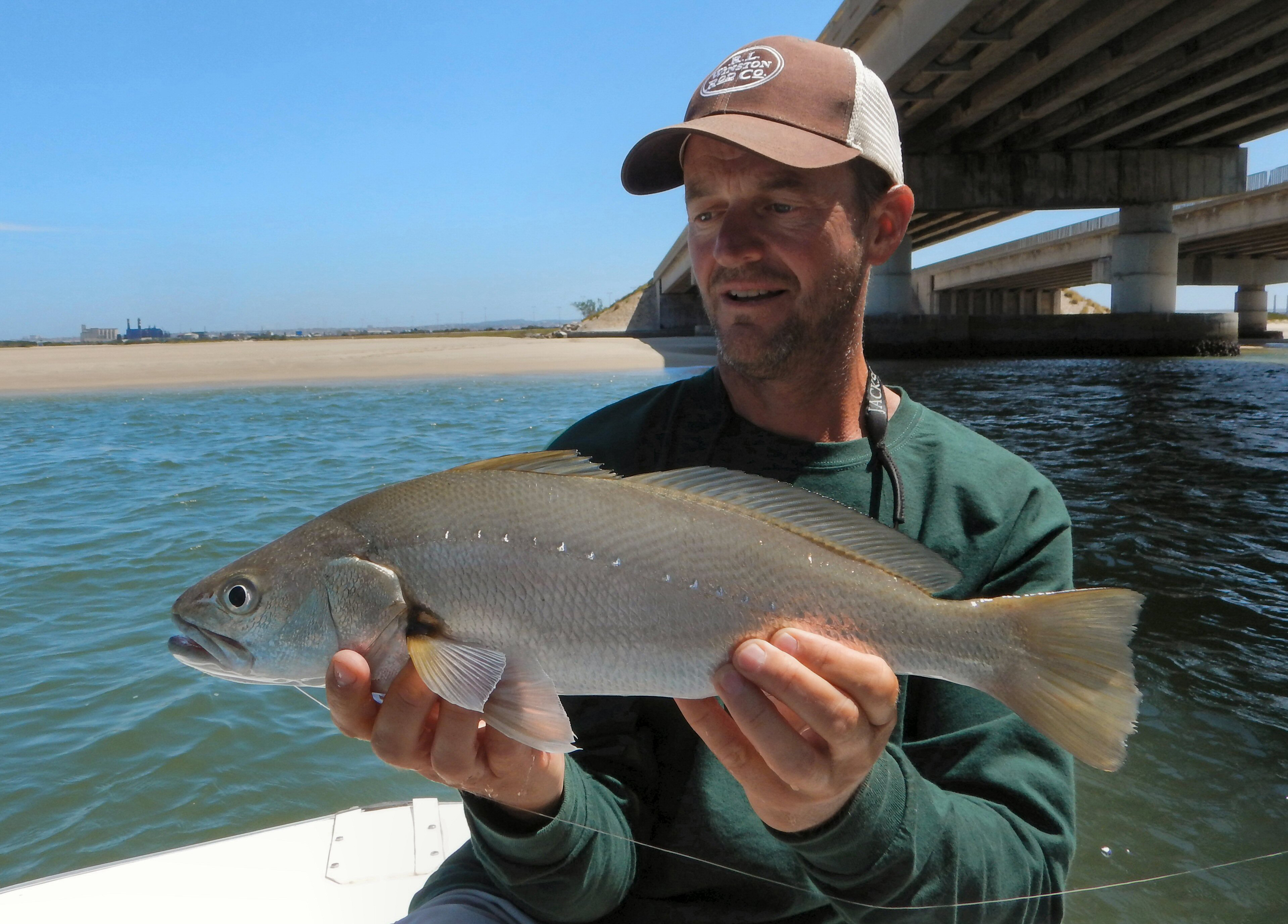 I had  just got home in early December and on the 12th I left on yet one more adventure, this time to Baja. aja in December is known for its bluewater fly fishing and although we tried for striped marlin on the big fly rods I caught myself exercising my Boron III Plus again. This time I was dredging a 300-grain for yellowfin tuna.

I’ve held plenty of yellowfin tuna over the years but they came trolling flies. In order to add a species to my fly rod list they need to come from a cast from a still boat. Two painful days went by. I hooked one tuna only to have the screaming torpedo-like fish munched by a sea lion before landed. Another day and a half went by without a touch from a tuna. Meanwhile, my friend Sammy hoisted in eight on live bait. 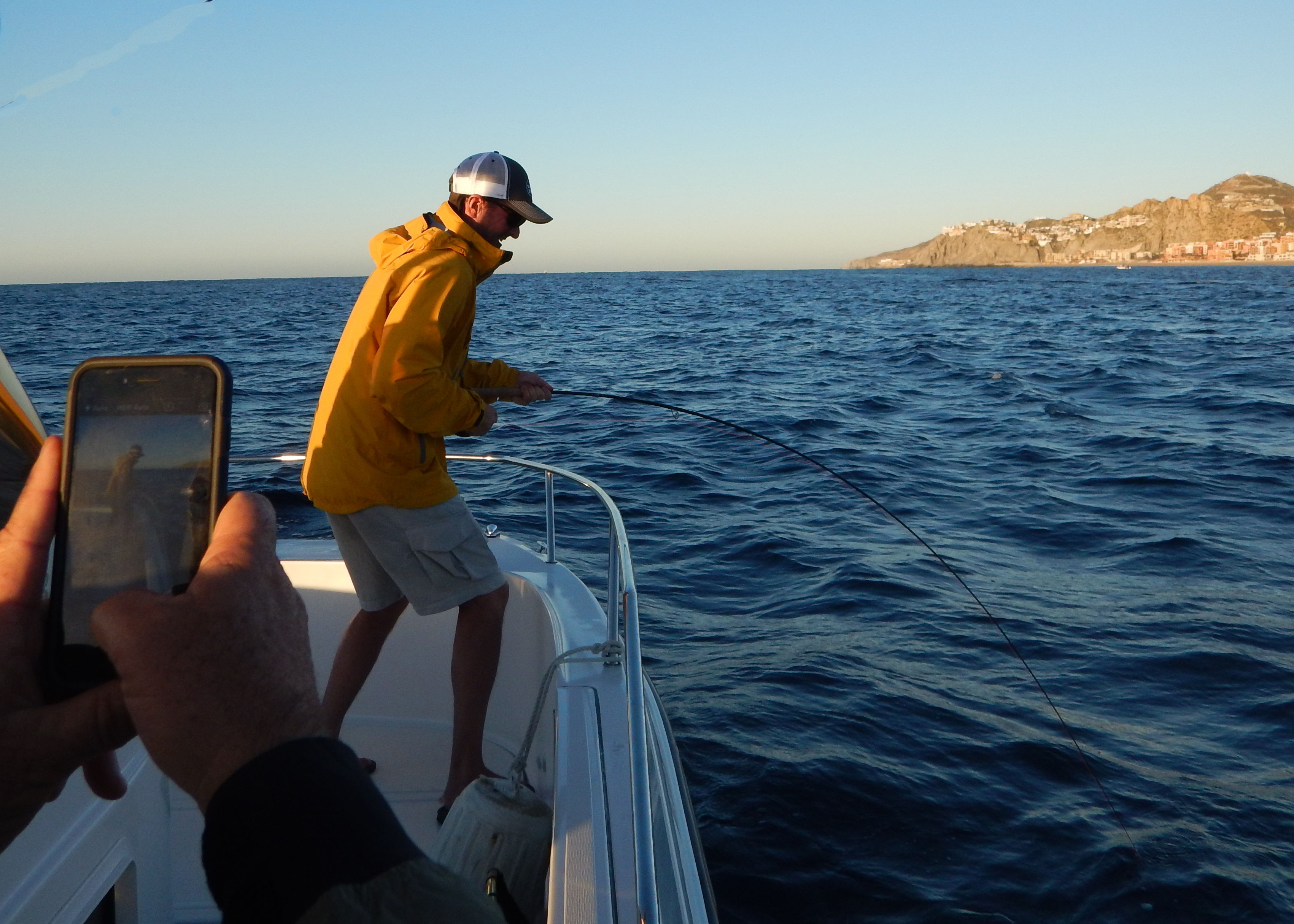 My patience in fly fishing rarely lets me down. On the third morning I hooked and landed my first yellowfin tuna on the fly. He ate a squid imitation on the dead drift 40ft down. I went on to land another yellowfin, several big dorado and the biggest skipjack tuna I’ve seen in Mexico. 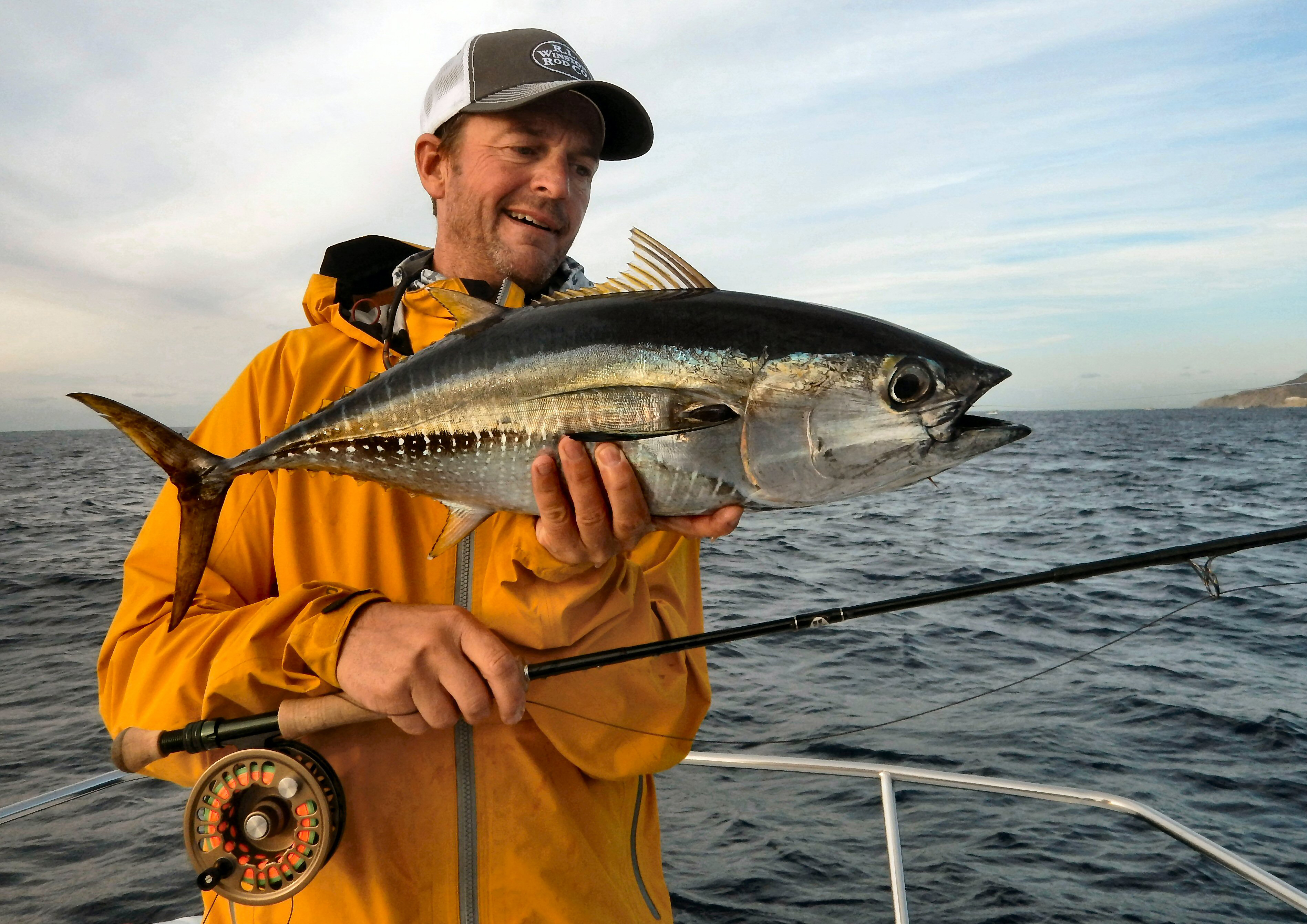 Sammy and I had a rest day before heading back to the States. Rest isn’t in my vocabulary and the overcast day turned into a fly fishing off the beach day to remember. Sammy and I drove way north from Cabo and experienced the calmest day I’ve ever seen on the Pacific side of Baja.

Before my first cast with my precious new saltwater Winston 9-weight I took a deep breath. This was my last fishing day for 2015. And what a year it was. Based on the conditions faced I could tell the year was about to end big. I let my first cast with my heavy crab pattern settle beneath the waves. Before I stripped line scorched off the reel. I went on to land three of these sharp looking gafftopsail pompano. 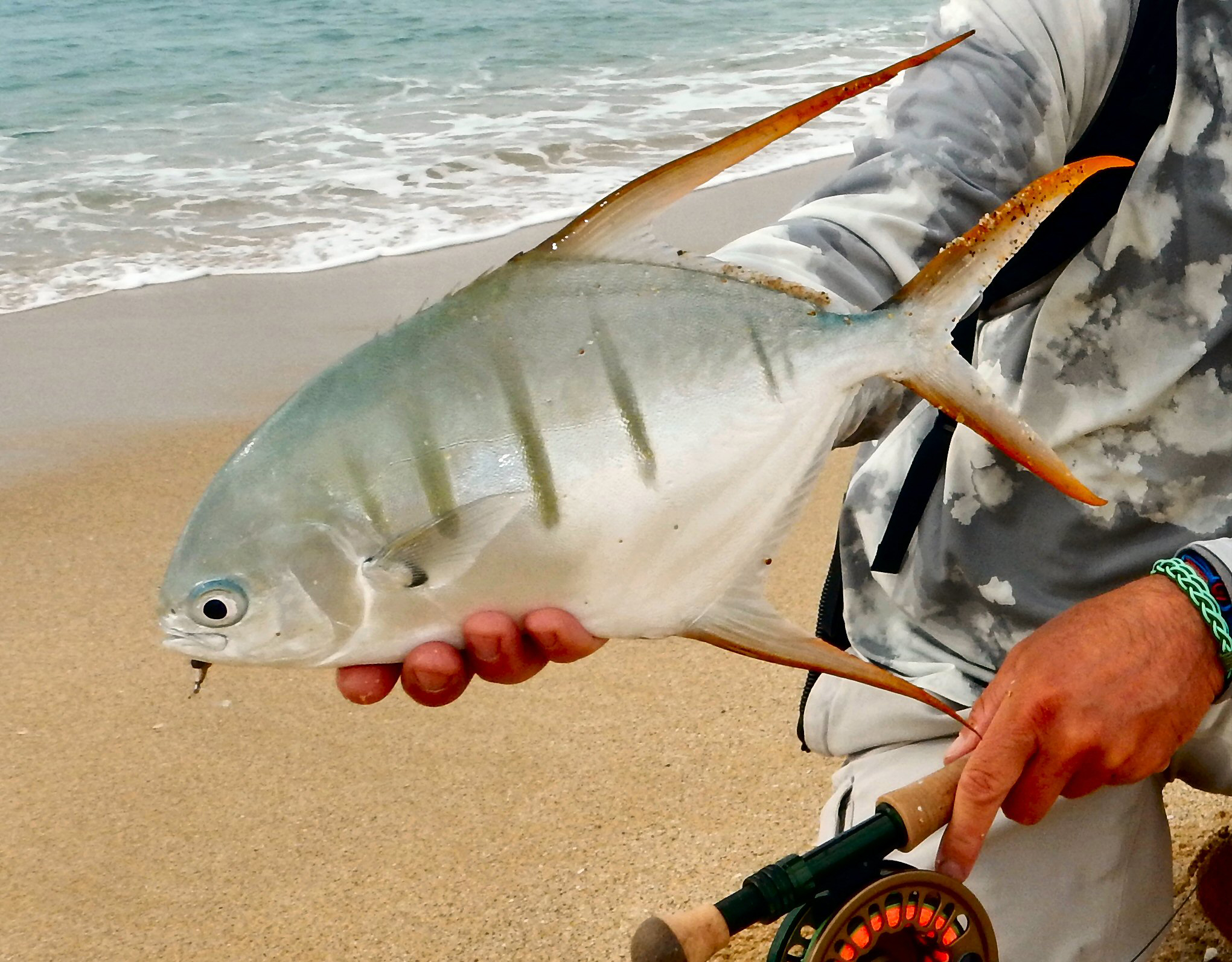 I picked up glimpses of fish darting through the waves but the clouds above blocked the sun and my ability to see well.  I made random casts where I thought I saw fish but then for sure I did.  I lost sight of his iridescent body quick but made a guess as to where he went.  I’d switched to a tan Clouser and this time I stripped the second the weighty fly hit. Wham!  I was on and by the fly line stealing run this wasn’t another pompano. 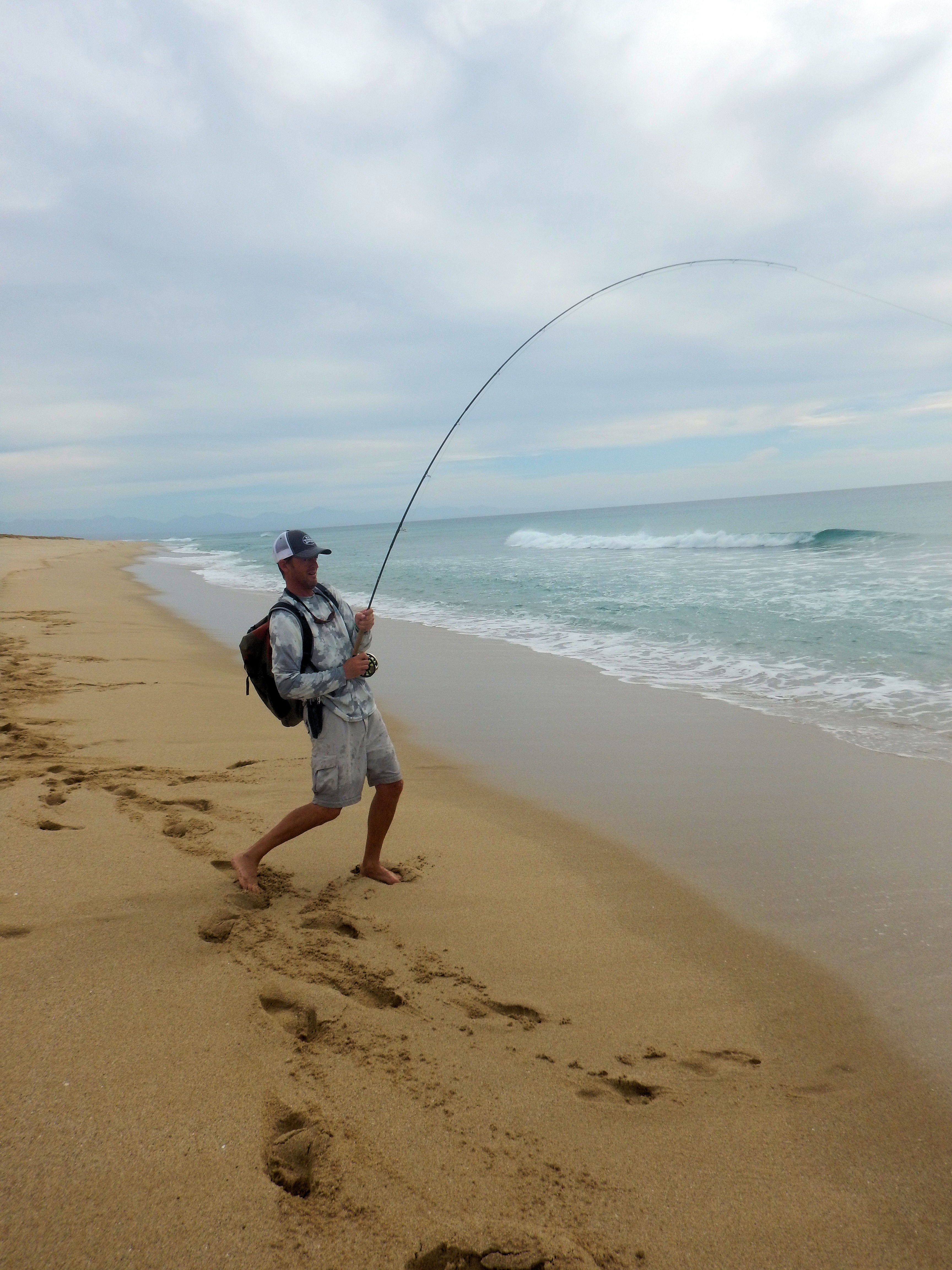 The Boron III Plus horseshoed until finally I was able to heave back and reel. The last thing you want from the beach is to let a fish run too far – even if it’s a monster. I fought back hard and thanks to the Winston I gained ground fast neatly layering my fly line back on the reel. Minutes later I beached this rooster that would make any beach fly fisher ecstatic!

I nearly reeled in to enjoy a few brews and call it a dandy of a year. But it was early and my luck was going too well to quit. When I started this day I daydreamed about catching a decent corvina for dinner. I like sight fishing corvina in the surf but the waves were gray and impossible to see in. But then I saw flashes appearing to be a school of fish beyond the surf, barely in casting range. I launched several casts that reached but had no results. However like many times before, my persistence would pay off.

I chased these mystery fish along the beach for a half hour or so, only catching occasional glimpses of their shimmering sides. I changed flies several times, finally settling on the reliable chartreuse and white Clouser. That’s all it took. I was hooked up to a nice fish fast.

Unlike the pompano’s and the rooster earlier, this fish wasn’t about a big run. This contender bullied 40ft of line from me but then stopped and came in rather easy. Within a couple minutes I beached the largest corvina I’ve ever set my hands on. Funny thing is he’d have made a great meal for Sammy and I both. But after I admired the handsome silvery-orange-mouthed fish I released him back to the surf. 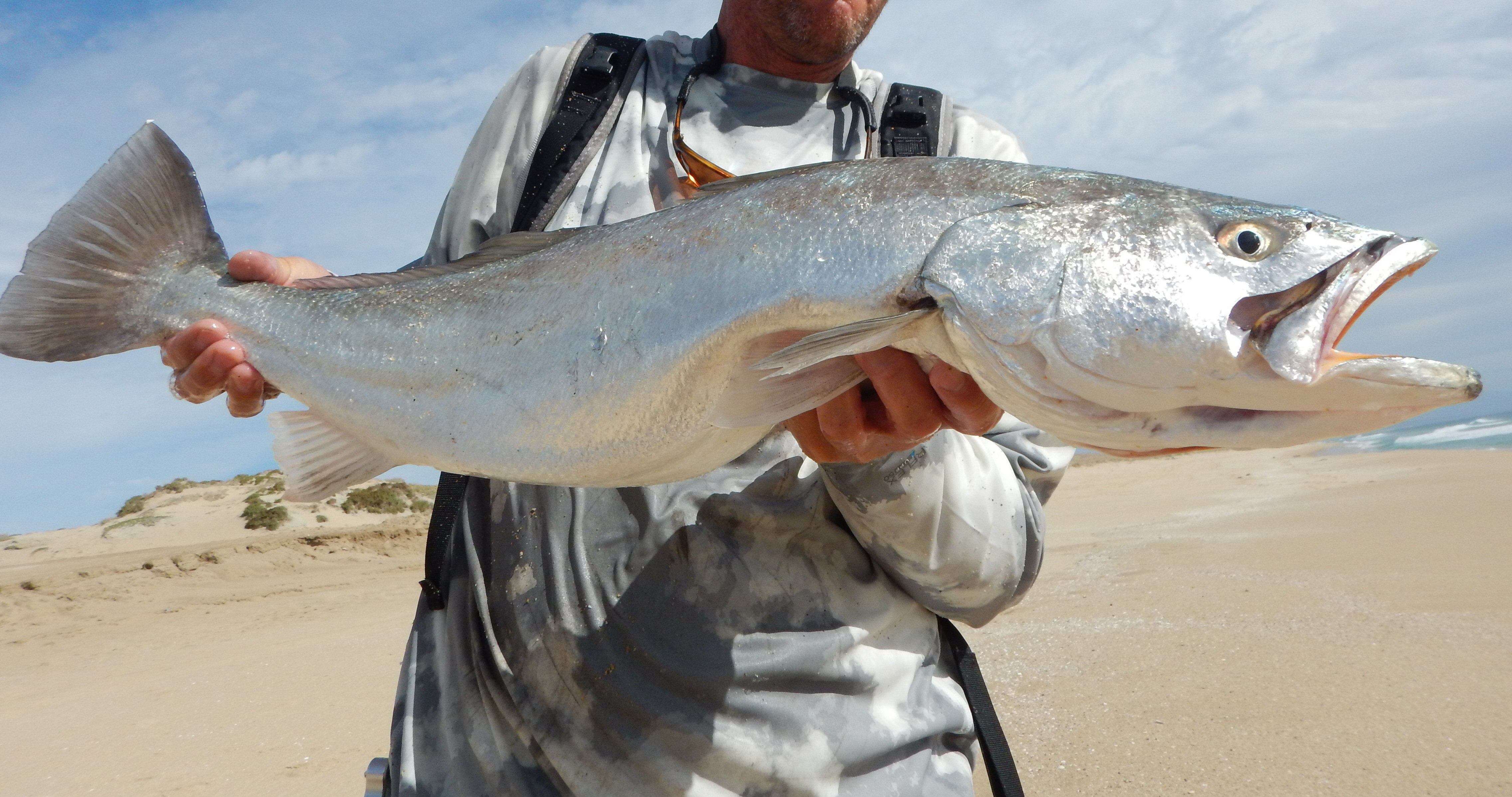 That was the end of fishing 2015. What a great fishing year and what a fantastic new rod I’ve added to my quiver. The Winston Boron III Plus 9-weight Jungle rod and I have many great adventures ahead for 2016!