Fly Fishing in the Seychelles and the Bumphead Parrotfish 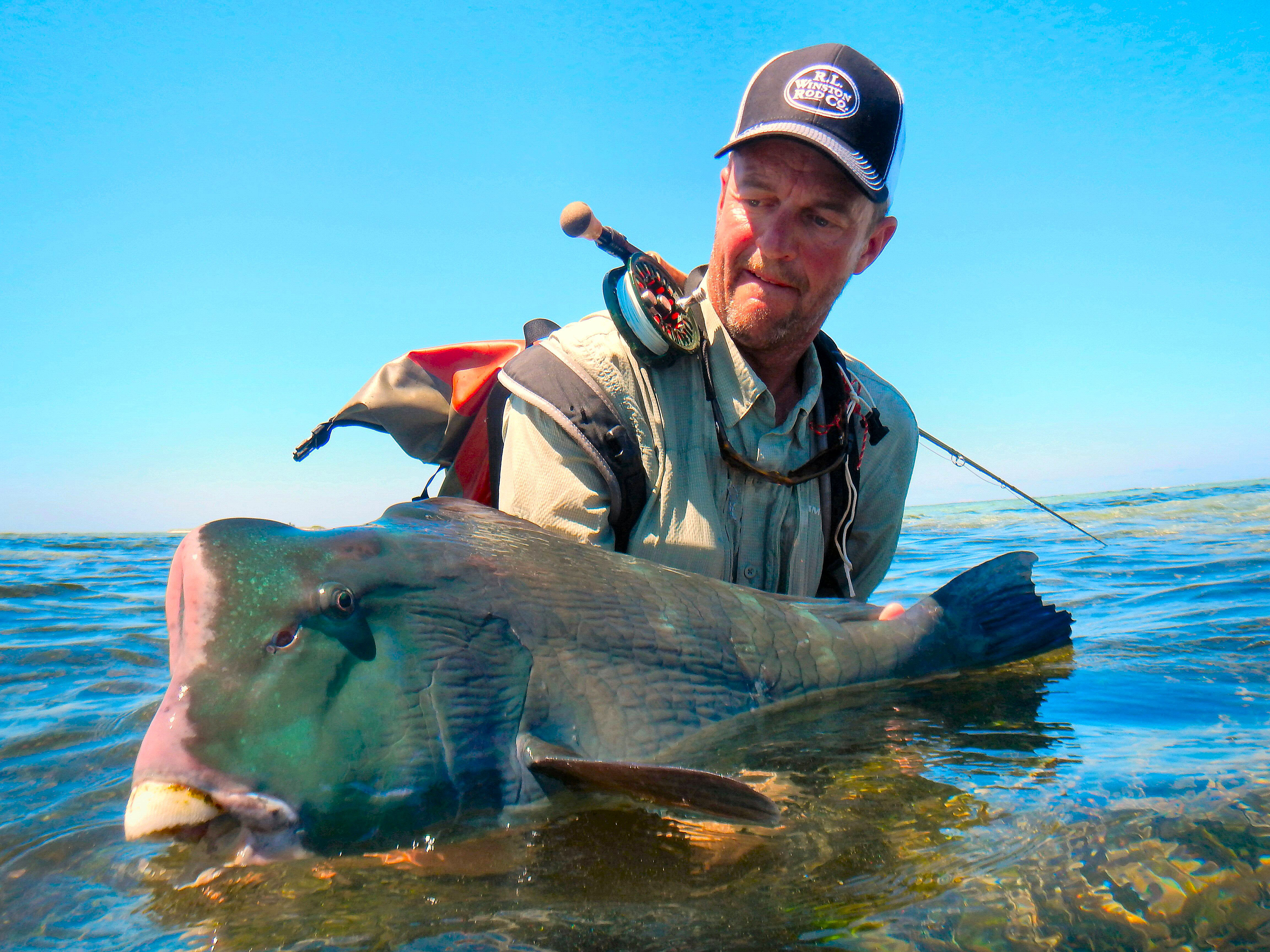 Q: Was this your first time in the Seychelles? Where is it located?

JC: Yes, this was my first time in the Seychelles. The Seychelles is a country made up of 115 islands approximately 1000 miles off the coast of East Africa in the Indian Ocean. The archipelago nation lies just south of the equator.

Q: How close is this area to where they have had pirate activity? Were you concerned?

JC: Due to the Seychelles’ proximity to Somalia they have had their problems with piracy. Going back five years it became a huge problem. But many of the East African nations have stepped up their navies and most vessels in the area are now armed. Pirate attacks have gone down considerably since 2011. I was not concerned.

Q: How long did it take you to get there?

JC: It took me about 35 hours from Victor, Idaho to Mahe Island in the Seychelles. I flew from Jackson, WY to Los Angeles then to Dubai and then on to Mahe, Seychelles. In Mahe we overnighted then flew a charter the next morning to the island of Farquhar.

Q: Did it feel like you were in Africa? Or similar to any other remote fly fishing saltwater lodges? Were you on a ‘liveaboard’ or at a lodge?

JC: Mahe had the feel more like a Caribbean Island. Farquhar was simply a remote palm tree covered island with one of the most spectacular atolls imaginable. There’s a small accommodation where we slept and we ate outside each night. We were not on a liveaboard. Consider it like most remote saltwater fly fishing lodges only here we were much more remote than most.

Q: Which rods did you have with you?

Q: Was there a lot of wind? More wind than other saltwater destinations you have visited? How did the rods handle the wind?

JC: Seems all saltwater fishing destinations and experiences are windy. Wind is the norm on the ocean. At the Seychelles in December it was normal wind and the Winstons handled the wind like it didn’t exist.

JC: The bonefish of the Seychelles are the same as the ones we have in the Bahamas, Mexico, Belize and the rest of the Caribbean. On average however, I’d say they were larger. They were very easy to catch and your normal size 4 Crazy Charlie did the job fine on our trip.

Q: What other species are there?

JC: In the Seychelles you also find Indo-Pacific permit, yellowmargin triggerfish, giant triggerfish, green humphead parrotfish (the famous bumpheads or better known – bumpies), giant trevally, bluefin trevally, golden trevally and milkfish. If you venture to the coral reef or just out to the bluewater you can expect numerous other species from groupers to snapper and tuna to sailfish. The place is rich with species. I landed fourteen new species on this trip, one of the most exciting of which was definitely the bumpie! 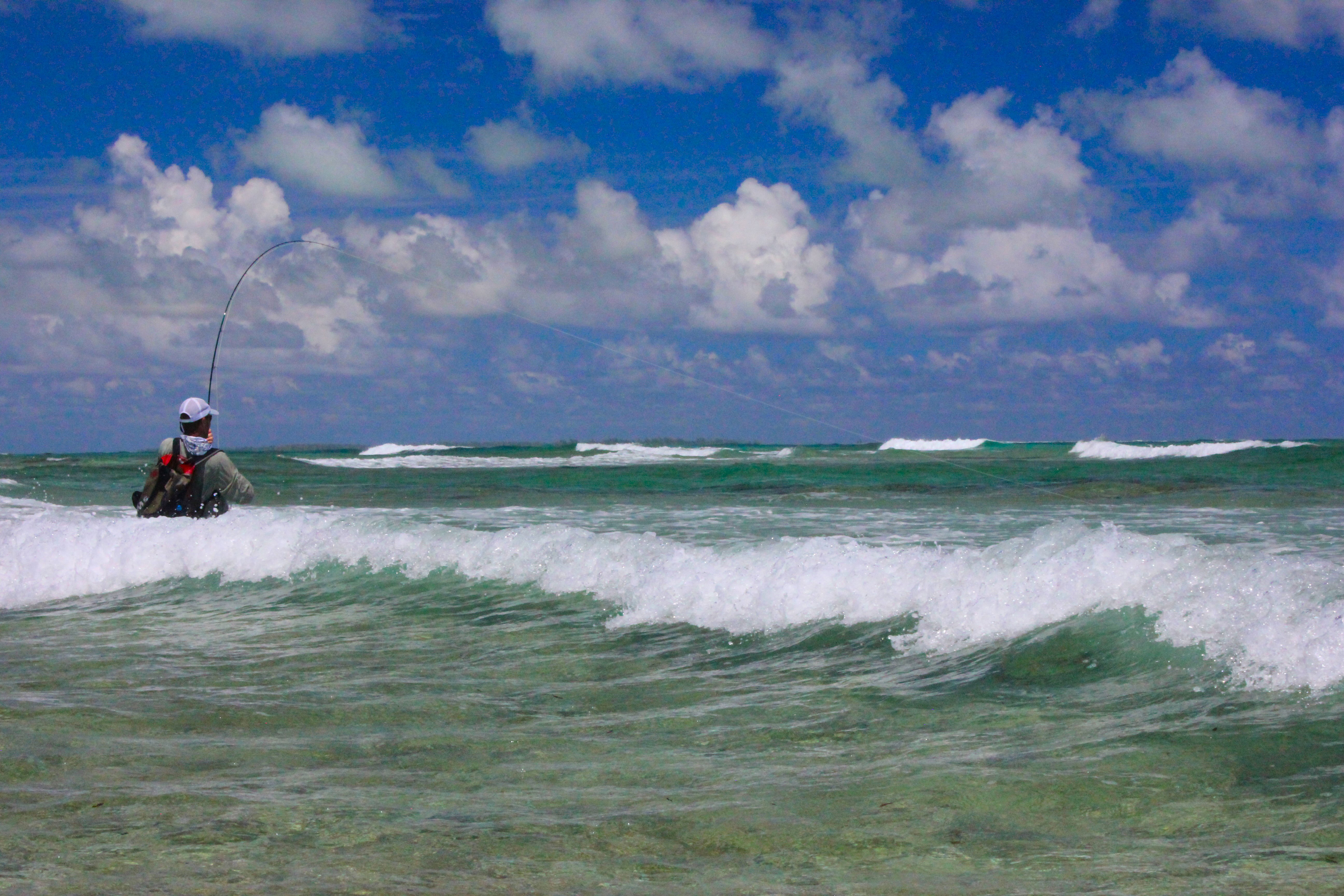 Q: What is it like to catch a bumpie and what is a bumpie?

JC: I’ve cast to numerous parrotfish in my day but they rarely eat. But different species do different things and rumor had it that the bumpheads (Green humphead parrotfish) of Farquhar Atoll in the Seychelles eat crabs. While my clients chased giant trevally and bonefish, I scanned the flats for green shapes mulling amongst the coral heads.

It didn’t take long to spot the unusual fish. And on my first day I made numerous casts to several schools. I was using my 9-foot 9-weight Winston Boron III SX. I’ve handled numerous beasts with this rod but I must admit, a few of these enormous bumpies had me wondering – am I under gunned? I had no takers on Day 1.

Blanking all day made me crazy and I spent the night not sleeping but rather planning new tactics for Day 2. My most important adjustment – be more aggressive and on the first school of bumpheads my plan worked. 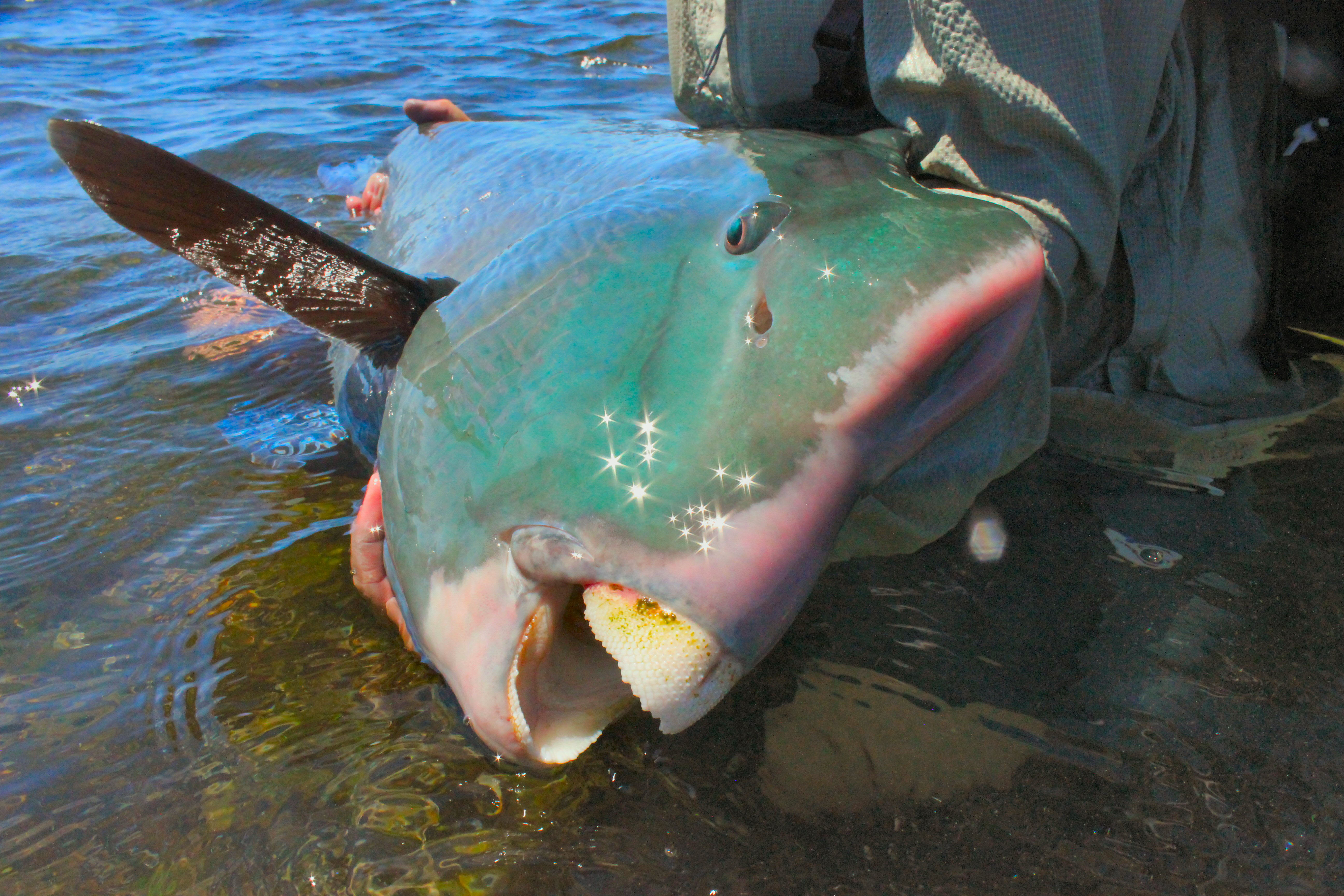 Repeatedly I dropped my crab amongst them. I wasn’t casting with fear of spooking them – I was dropping my fly on their heads. Several times one of the mysterious fish gave my crab a look but swam away. Behind the school I spotted a single straggler. I’d hit the pack several times without luck so why not try the loner? On the first cast to him he tipped on my fly like an excited permit. I felt a tick so I made a long slow strip. I went tight about halfway through and my line screamed off. I had the bumphead on.

The hooked bumphead’s first move was to join the school. My guide, Brendan, who was far away with my client shouted, “Break him away from the school! Break him away! They are going deep for the corals!” A task easier said than done.

The power of this Volkswagen-shaped flats dweller was hard to stop. My 9-weight bent to the hilt as I cranked up my drag. The line hissed through the guides as it left but I saw it slowing. The bumphead’s powerful strength didn’t last. Just as the school dropped over an edge of jagged coral my Winston stopped the bumpy. I took it a step further and pulled back and reeled not letting any line leave the reel. This was a true test for my Winston and also my 30 lb tippet! 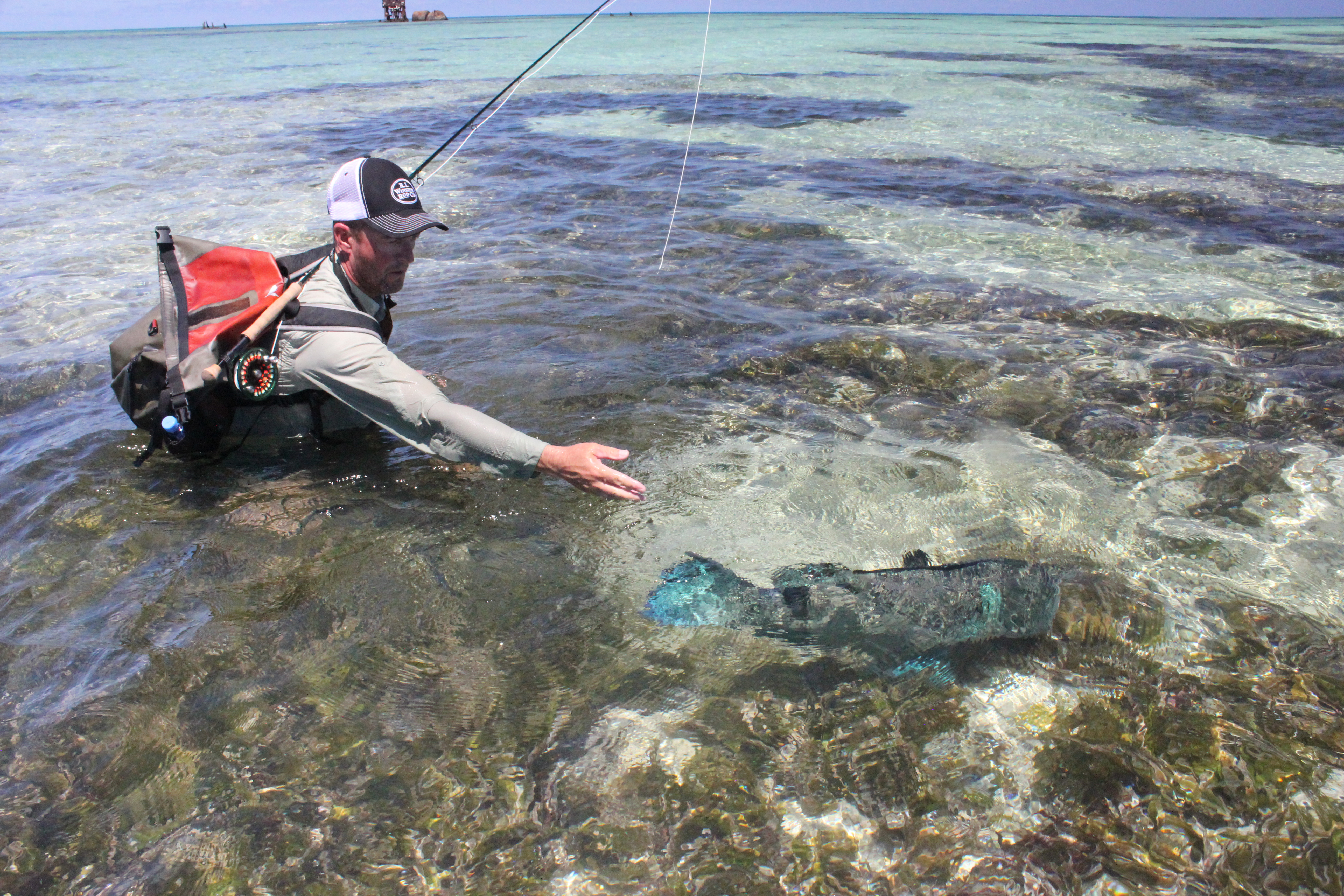 The maneuver paid off. I forced the bumpy into a back-flipping cartwheel then he ran weakly away from the dangerous tippet shearing corals. Moments later I had him. Kudos to my 9-weight Winston!