The Largest Scaled Fish in the World – Notes from Guyana 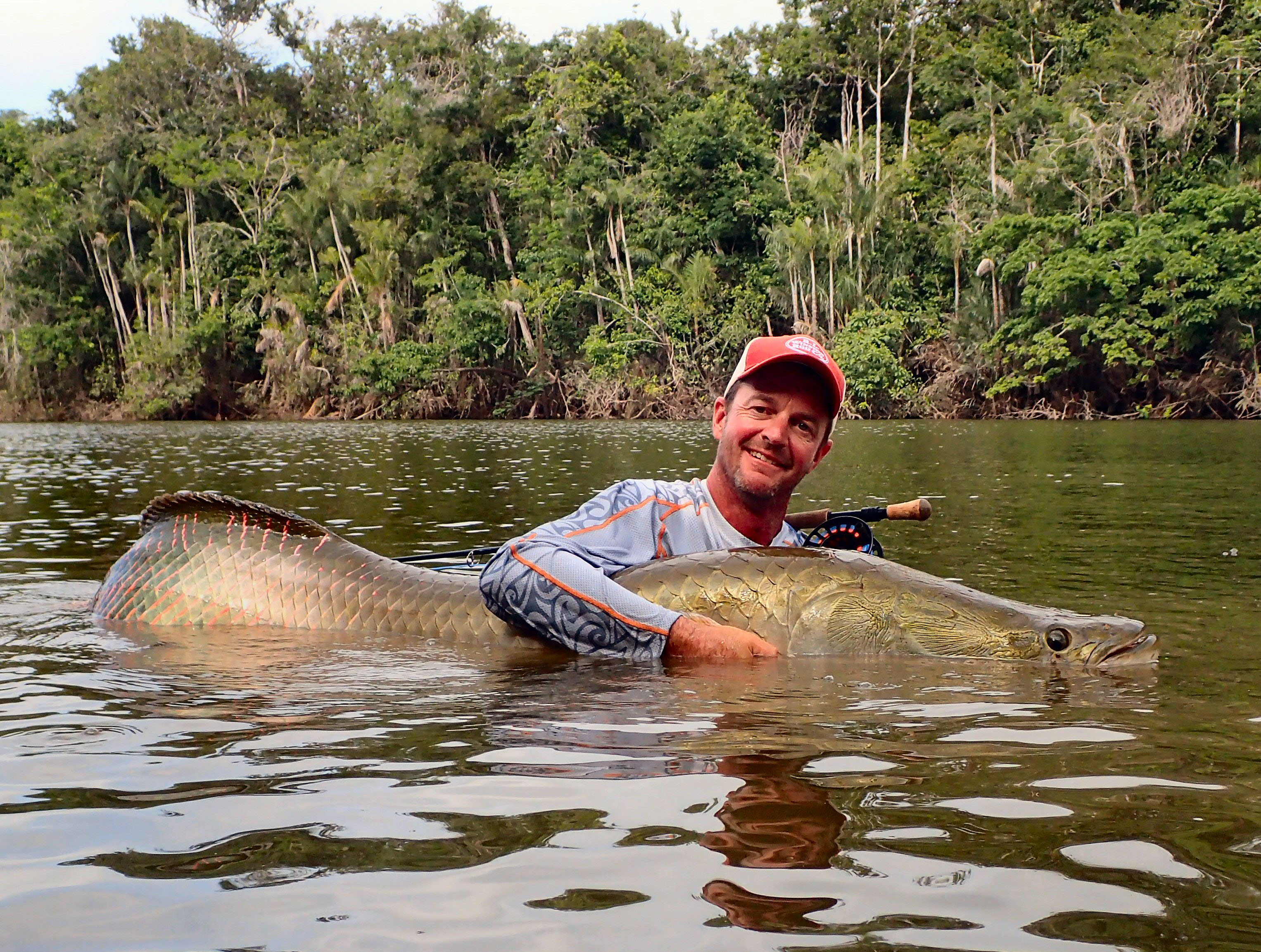 When you say you’re after a 200lb fish with a fly rod folks think you’re crazy. Tell them the fish comes from freshwater and they call you a liar. I educate them. In the rainforest of the Amazon live the largest scaled freshwater fish on the planet, the arapaima. This rare fish is hard to find due to overfishing, but in the remote Rupununi River region of Guyana the dinosaur-like fish thrives.

I recently took on the challenge of the arapaima with my Winston 12-weight Boron III SX, the rod I usually use for tarpon and giant trevally. As always it performed beautifully with accurate cast despite using massive 7/0 streamers. But when that first arapaima rolled and ate my fly I questioned my own sanity. How can any fly rod handle this 7 foot long fish!

That fish scorched off line like no other. I danced on the bow of our tin boat clearing the line I’d already stripped in. Once clear, the fleeing arapaima hit my tightened drag and pulled me forward as he took my line. I didn’t go with but I’ll admit it was close.

My 12-weight Winston took over and led me through this unfamiliar battle. Nowhere on earth has an angler had to maneuver a 200lb + fish around sunken trees and stumps – smaller fish yes but beast like this – dream on. There were times I felt the rod should break but it didn’t. The 12 absorbed the shock and created the perfect fish-tiring bend.

At the most crucial time of battle next to the boat my SX proved to me it’s the most durable fly rod in the world. Just as we thought the battle was over and we were towing my spectacular jungle fish to shore for photos, the arapaima made one last move. He bolted under the boat. I promise you, no other fly rod would have survived the amazing horseshoe bend that rod went into. My Winston overpowered the fish and pulled him back into place and we landed the 79” long and 40” girth sea monster!