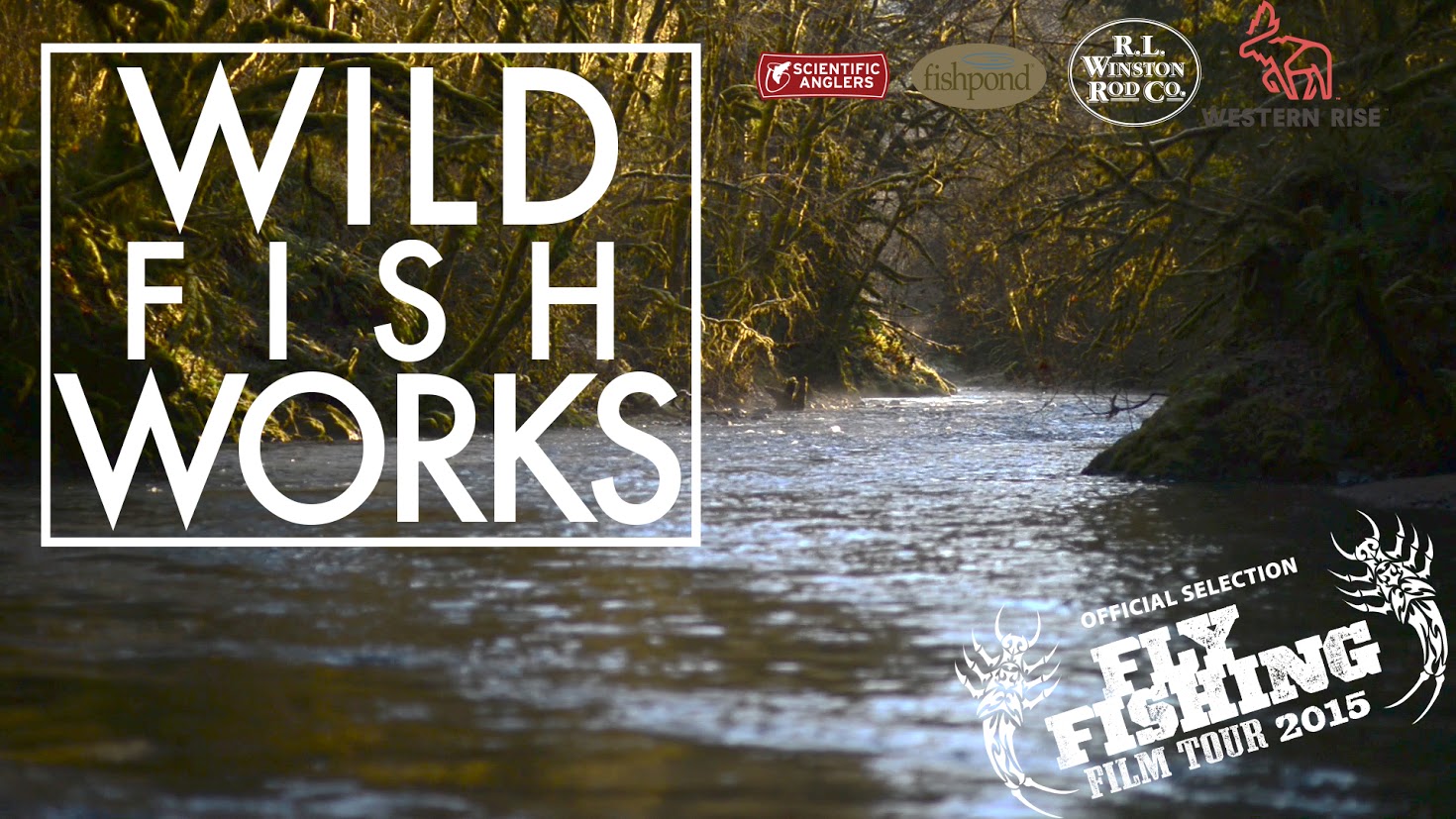 A: I have to give credit to my friend Alan Moore for having the story idea. Alan is a long time employee of TU National and we’ve been friends for many years. This film is a conversation we’ve had repeatedly over the course of several years. It really revolved around the fact that wild fish conservation in the Northwest is a pretty heated topic and that’s something we both recognized. We both support wild fish conservation, but felt there was some middle ground that remained uncovered – ground that could still be cultivated through good partnerships, and good on the ground projects. We wanted to find a way to talk about adding value to wild fish conservation without casting stones at any particular party or ideology. There’s still a lot to be gained by taking a more middle road approach. The title, Wild Fish Works, really drives our story development.

We know that wild fish have a value larger than just to fly anglers. Wild fish tie lots of different pieces of the system together and that is something that can’t be replicated by hatchery stocking and by put and take fisheries. Our goal is to highlight the significance of wild fish in and of themselves. And do it in a way that shows anglers they can partner with ranchers, real estate developers, communities or any different entity that is on the coast. Anywhere there is overlap, there is an opportunity to do something that’s greater. 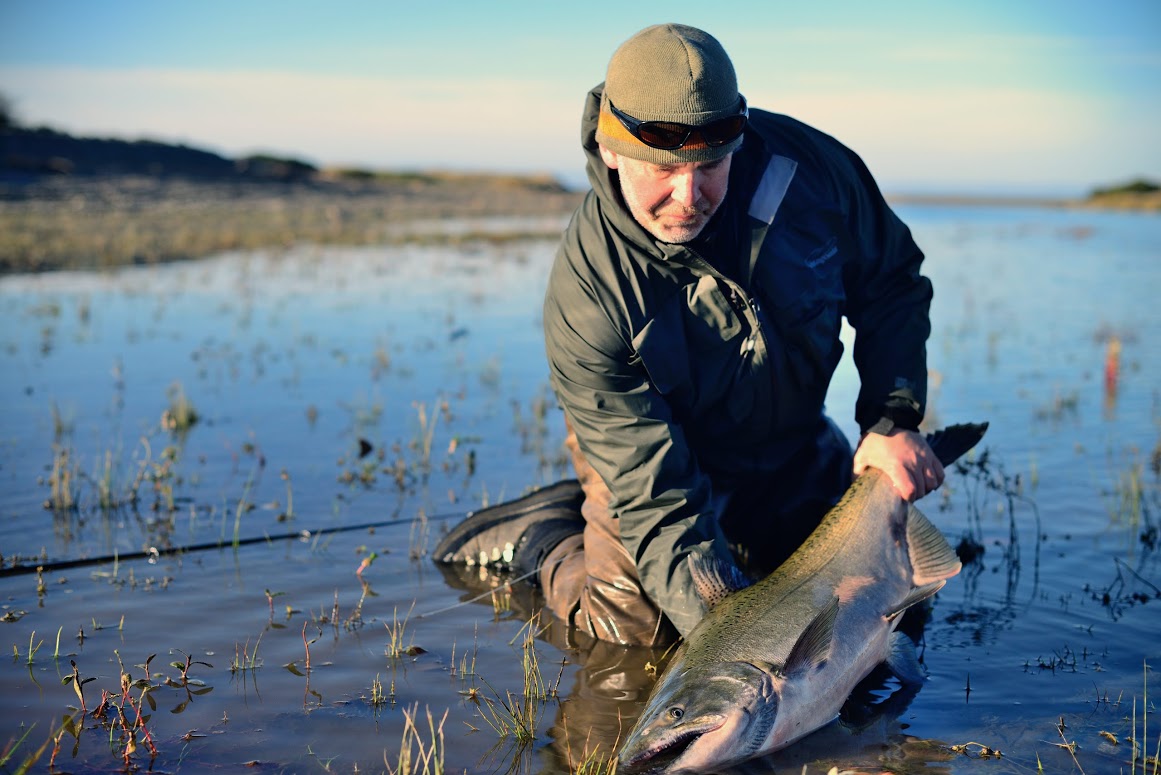 Q: What is your personal connection to the preservation of the native fish population of the Oregon coast?

A: I definitely have a connection just from having spent a lot of time out there. Steelhead, as a lot of people will attest, have a way of getting in your head, affecting you and changing your life. They’re a very charismatic fish. Experiencing them, especially wild fish in their native rivers, is very special for any of angler and something I was lucky enough to experience early on. Once you experience it, you have to keep going back. Thankfully you can experience steelhead fishing in a variety of rivers and landscapes, and that to me is one of the things that makes it so special. You can fish for summer-run fish in Idaho or on high desert landscapes like the John Day or Deschutes in Oregon. You can fish for winter fish in little coastal rain forest rivers that are brush choked with tight quarters. Each experience is so different, yet the fish are the same. They are still wild steelhead and to me that enhances the sense of place. The rivers of Oregon are what I’ve identified as my home waters for steelhead, so that’s where this story developed. Oregon has some of the best wild steelhead fishing left in the lower 48. There are a number of rivers that still have only wild steelhead. That is an amazing thing to find in this day and age, and that’s what kept drawing me back to this story and ultimately compelled me to make it happen. You can’t go much further south of Oregon and you run out of viable populations of native steelhead. Oregon is also a bit of a crossroads in a regulatory sense. There is still pressure to expand hatchery fish and minimize the value of wild fish and the rivers where they currently exist. That’s where I feel timing is key. Wild steelhead and salmon are resilient. We just need to give them decent habitat and a chance – just hands off, and let them come back and build the numbers back up. And yet we continue to interfere with rivers where there are viable populations of wild fish. There still is genetic mixing with hatchery fish and there’s still a lot of put and take fishing in those rivers that’s a threat to those remnant populations of wild fish. I would like to share the message that those wild fish deserve a better shake in the future. 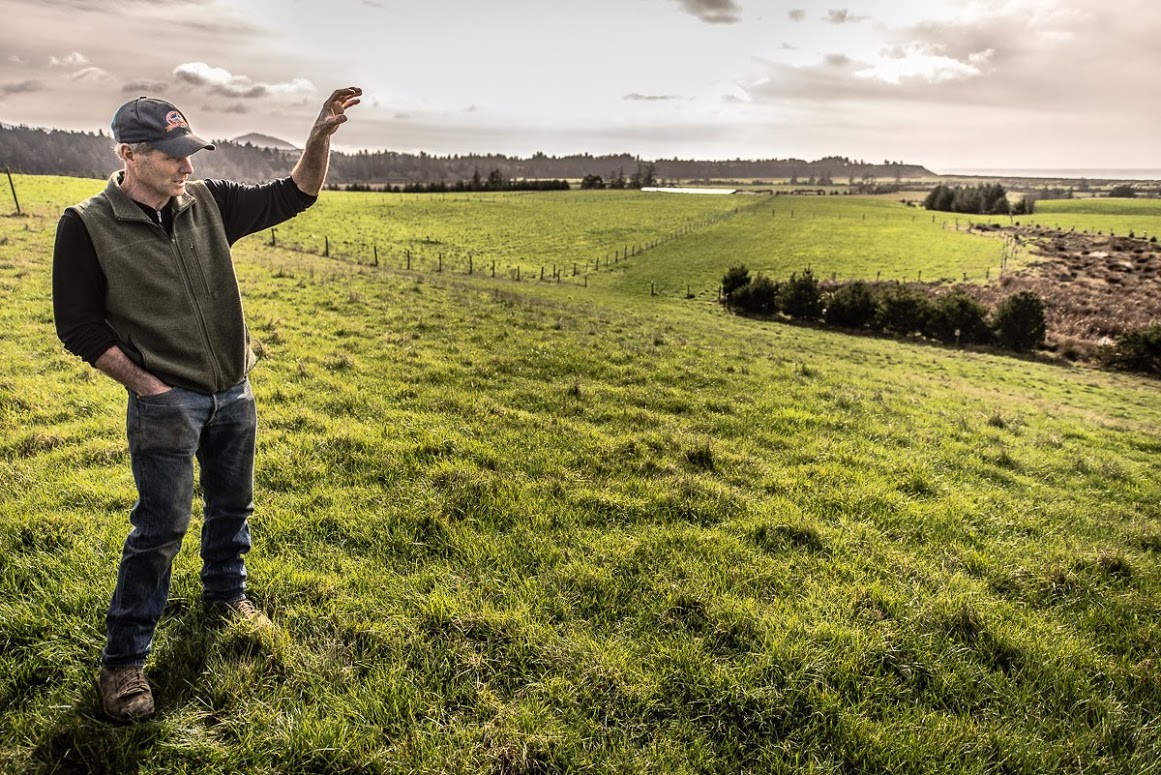 Q: Your film is centered on the co-existence of agriculture, business, community and native fish for the mutual benefit of both. What businesses and communities did you profile?

A: Agriculture, logging and in a general sense, real estate development. The communities included Seaside on the north coast, all the way to a 4th generation sheep ranch located at the mouth of an incredible river near Port Orford. On this ranch, they incorporated conservation by taking some of their low wetlands used for sheep pasture out of production and in doing so restored acres and acres of coho spawning habitat, resulting in improved coho numbers. Yet their production and bottom line increased four-fold because they’re now grazing more productive land. This common sense approach can make a huge impact on local fish and wildlife populations. And it’s the same thing with sustainable forestry operations. If you allow habitat to restore itself and watersheds to be healthy, you’re going to have a better product overall.

I come from a part of the world where agriculture is significant. In my upbringing there was never any differentiation between a farmer and a conservationist, they were the same thing. That was the case for a long time in this country. The stewards of the land, they were the conservationists and conservation stemmed from farming, agriculture, and forestry. I feel that is something we need to try and recapture as much as possible. Because even though there are less of them and there are a lot of economic struggles, family farms and ranches still represent a huge conservation value and make a tremendous contribution to habitat values across the board whether it be fisheries, big game, or birds. 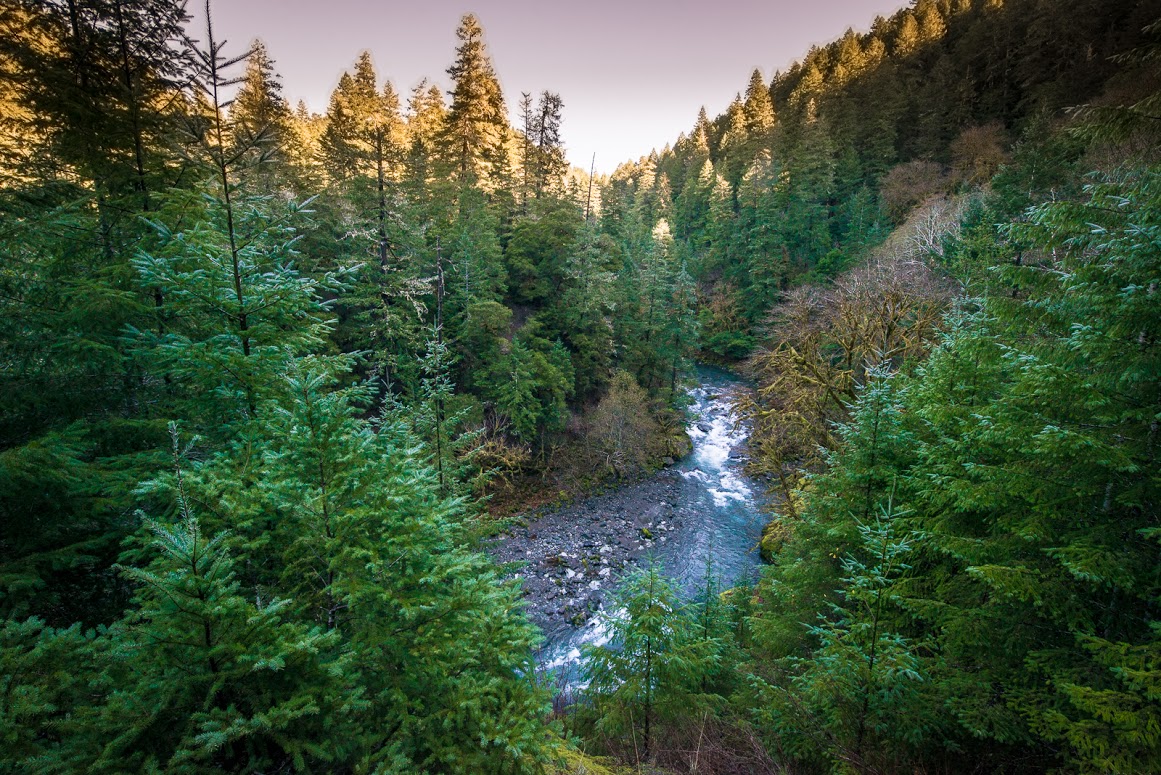 Q: You indicate on your website that this video is “non-political” and positive. However, conservation projects can often spark heated debates with polar opposite views. Have you encountered anything of this sort?

A: No matter where you are in the Pacific NW, when you start talking about wild fish, it pits one side against the other and because of the regulations that are afforded to wild fish, there’s some tricky ground to cover. I don’t’ want to get crosswise with any one interest group, all I want to do with this project is elevate the value of wild fish in and of themselves. Even beyond fishing. I’ll say this very honestly, and it’s important to be pragmatic about this, – hatchery fish have their place. If I catch hatchery fish, I eat them and enjoy it, but there are also places where wild fish are struggling to hang on. And I believe we need to work collaboratively with all types of people to explore opportunities to implement win-win solutions. That means being willing to sit across the table from someone you might not totally agree with on everything. What we’re doing with Wild Fish Works is trying to set the table for more of those discussions to take place. We know there are places, not just in Oregon, where there are lots of rivers that are dominated by hatchery fish. We’re not saying move those hatchery fish or stop stocking with hatchery fish – what we’re saying is in those rivers where wild fish maintain a presence and have a chance to be even greater in number, let’s give them a shot and give those wild fish a chance for a future. There’s got to be a way to strike a balance, there’s too much middle ground that hasn’t been covered. 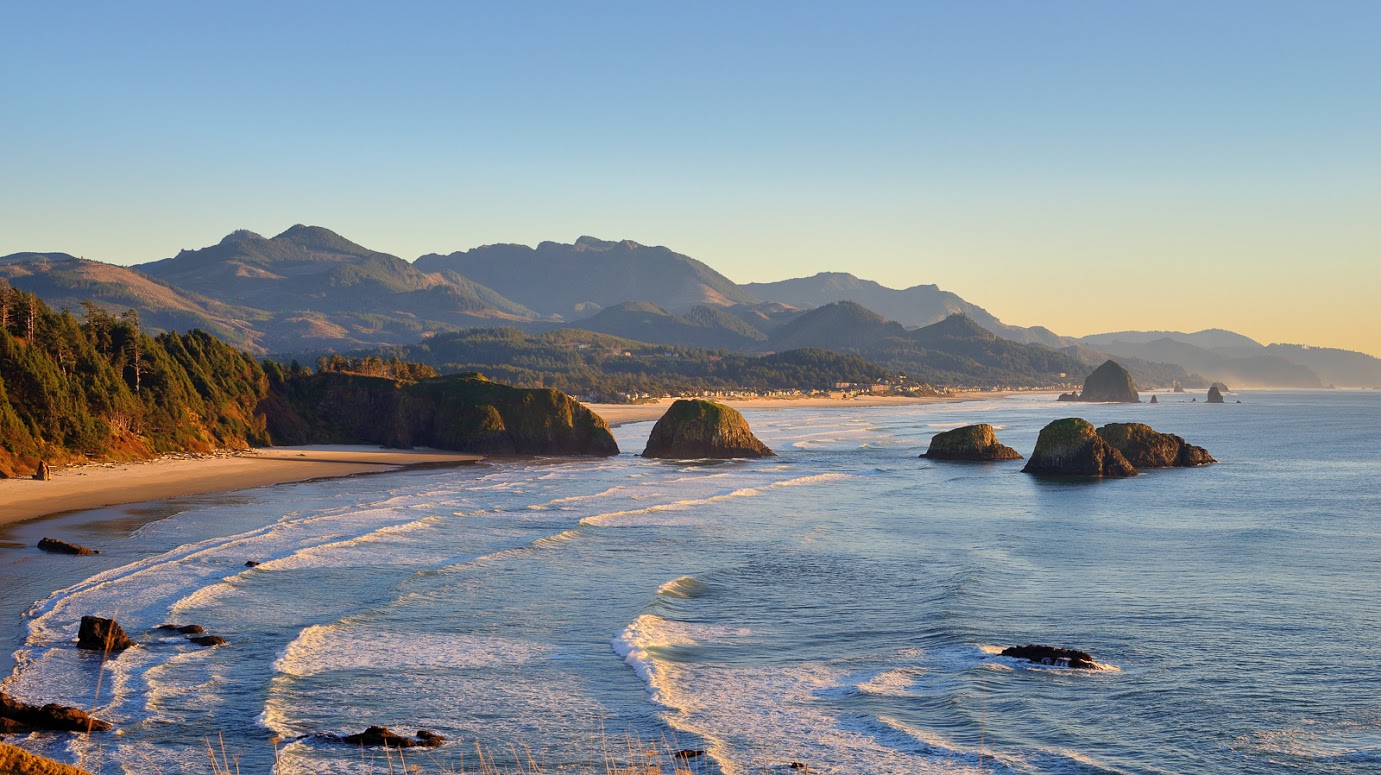 Q: What do you hope this film will achieve?

A: I want the message to get out to people whom otherwise wouldn’t hear it. One of the reasons I did this as an independent film and didn’t tie it to any one conservation organization is because I wanted it to reach beyond the “choir.” There are a lot of organizations that put together videos on great conservation work, but if I go down to the bar and have a beer with my friends, none of them have seen those videos. But these same friends will go to the Fly Fishing Film Tour, they will go to the International Fly Fishing Film Festival, they will see these things when they are put into the right context. That to me is one of the major goals of this film – I want to get the message out to people who otherwise wouldn’t be hearing it. In particular, I want to have the film seen by young or new anglers, people who are perhaps new to these conservation issues. I want them to be thinking about the value of wild fish, whether it be salmon, steelhead, walleye, trout, bass, tarpon – and I want them to put that into their own context. Even if only a handful of people assign greater value to the wild fish that are in their own backyard, and tie these values to their own community, their own traditions, that to me would have made this project a success. 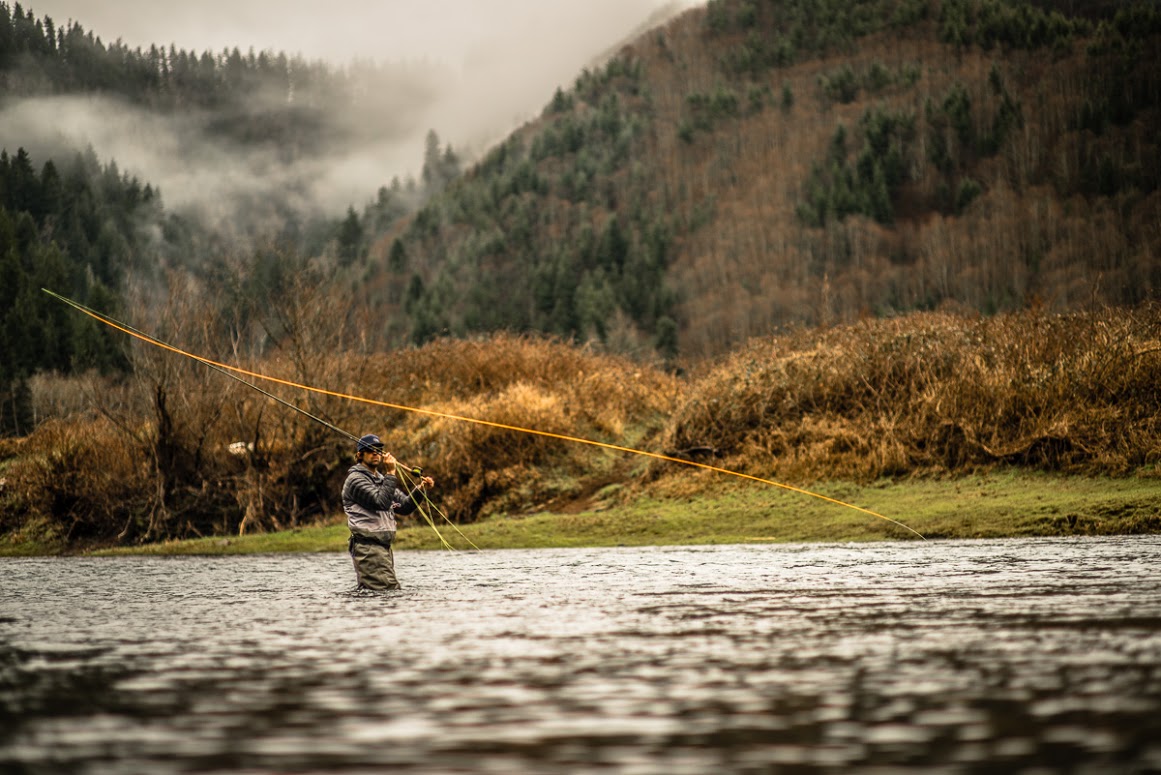