ON THE RIVER – VIRGINIA IS FOR BROOK TROUT LOVERS 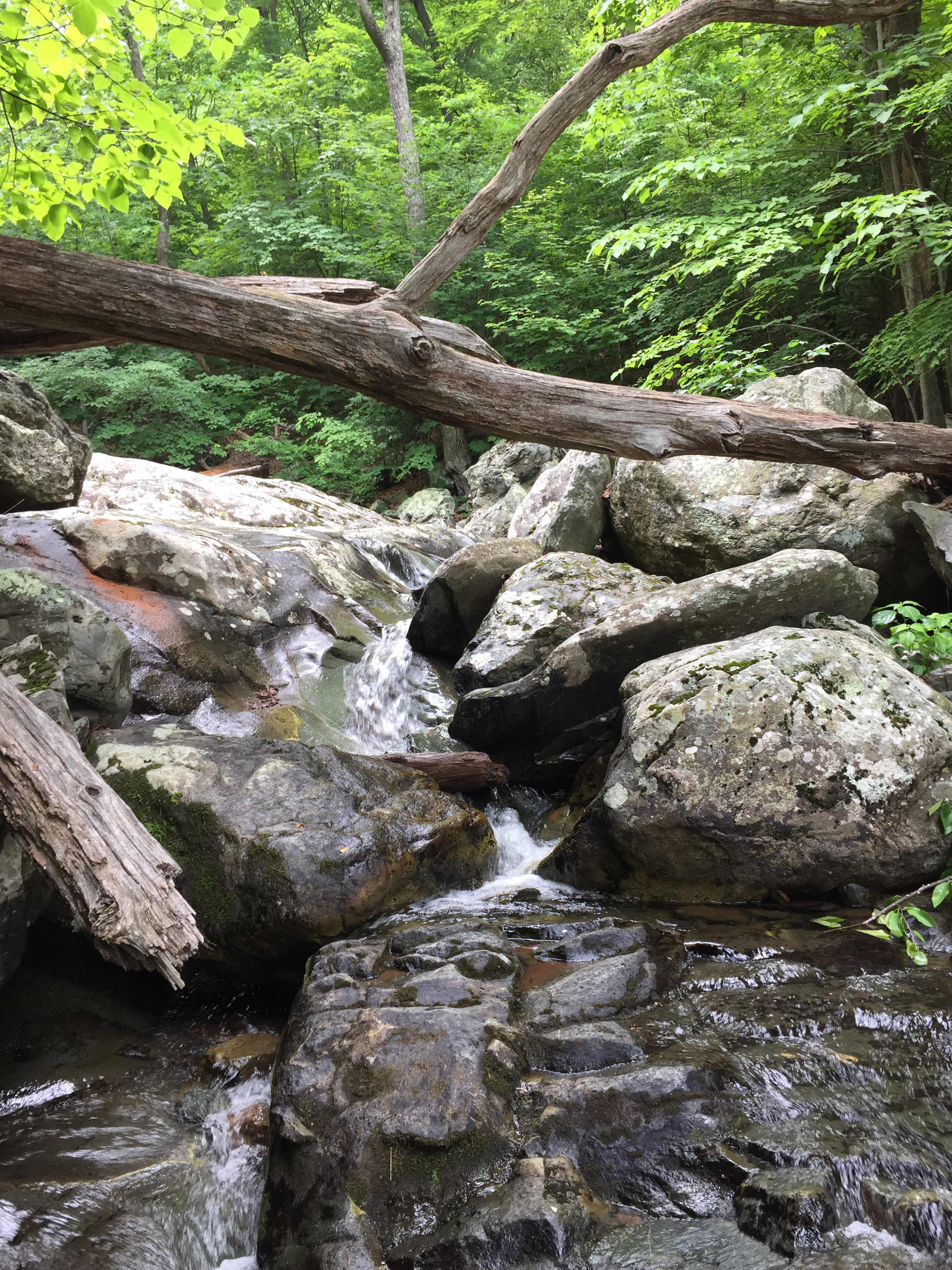 Virginia is for Brook Trout Lovers is the first installment in Winston’s new series, On The River – by Parker Clemens. Originally from California, Parker spent four trout filled years in Colorado before landing in Washington, DC. In a city where things that are said are not always meant, Parker seeks solace in the streams where the fish keep the angler honest. While he reserves the highest reverence for trout, he happily pursues all species swimming in the nation’s capital. Whether it is casting at carp in the shadow of the Jefferson Memorial or backpacking to one of Virginia’s mountain brook trout streams, Parker can be found with a smile on his face whenever there is a fly rod in his hand. When he is not fishing, Parker writes about his experiences on the water. His writing takes on an appreciative and reflective tone, highlighting the intangible intricacies between the angler and the environment. With allusions to stewardship and the rejuvenating qualities of nature, Parker encourages his readers to explore and contemplate their own innate connection to the outdoors.

Virginia is for Brook Trout Lovers

At the base of the mountain, the farmland ends and the road becomes a loosely maintained dirt track. In an instant, the enchanting sleepiness of the countryside gives way to excitement for the adventure ahead. The mind starts racing, moving through every fishing related question. What fly I should I use? What pool should I start at? What does the river look like considering the rain we’ve had?

Water filled potholes tell of a recent storm and freshly downed branches pushed to the side of the road corroborate the story. Approaching the ridge of the mountain, the road begins to flatten and the sound of water pierces the air. The sweet familiar sound of running water gently babbling over rocks foreshadows a shallow riffle most likely holding trout. The eyes search in vain for the source of this joyous sound that remains hidden in the valley below. Pressing forward, the water becomes visible and the road quickly descends to parallel the river. These are dangerous driving conditions for the fly-fisherman, the road and the river greedily seeking undivided attention. The threat to imminent safety requires focus on the road, but the potential for sighting a trout draws glances towards the river. 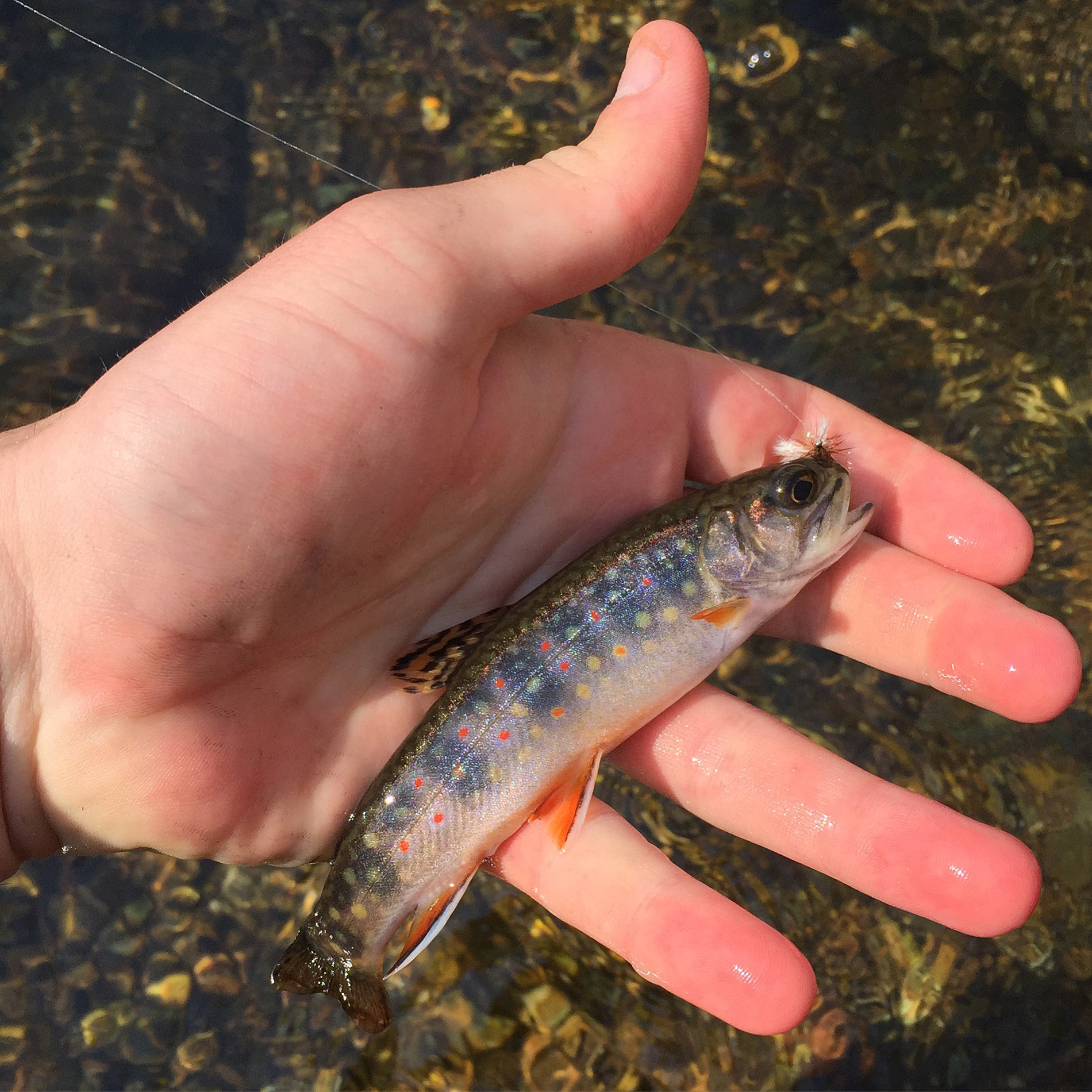 The course of the river looks like it has been chiseled out of rock. Massive boulders clothed in moss and pastel colored lichens dot the banks of the stream. Tall slender trees shoot vertical, fighting for sunlight and shrouding the ground below in shadow, allowing only a few wisps of broken sunlight penetrate the forest floor. The river meanders down stone steps, creeping under fallen logs forming pools, one after the other. In every pool, wild brook trout dwell. Abundant is the population of this native Virginian trout. A thoughtfully approached pool will yield at least one rise and likely many more. It is a different type of fly-fishing from that of targeting a single fish and changing flies with each refusal. On this river, rather than change flies, one changes pools. Much like a child hopping between tidal pools picking out sea shells, the angler hops between pools picking out trout. Like the child picking shells, the wonder and excitement is the same.

On this mountain stream, the 10” brook trout is a trophy and a difficult target. Even when sight casting to a fish of this size, it is common that the fly will be intercepted by a smaller fish. Like a food taster testing for poison before the king, the smaller more eager fish reveals the danger before it hits its mark. The way to approach each pool is with slow stealth movements. It is better to cast from afar lest risk being discovered. A gentle presentation with size #16 Royal Wulff is especially effective in fooling these fish. It is also seems fitting that such a beautiful trout should be taken on such a beautiful fly. More common than not, the rising trout will come at the fly with such force that it propels itself out of the water while completely missing the fly. In these occurrences, the trout never touches the hook, but the excitement for the angler is not diminished. The angler simply smiles, gathers up their line, and moves on to the next pool where another opportunity awaits. 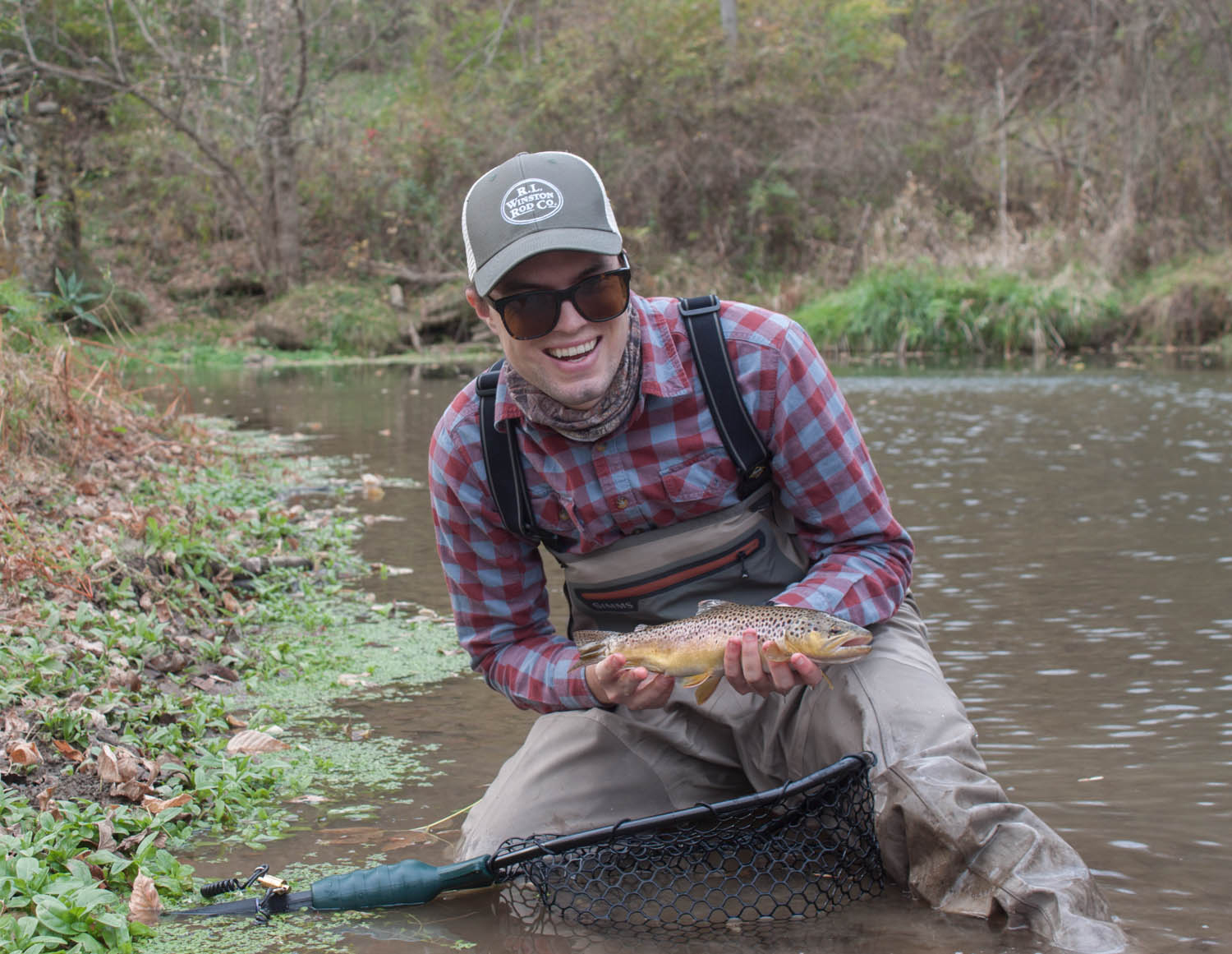