Winston Presents “One on One with Joan Wulff” Part Two 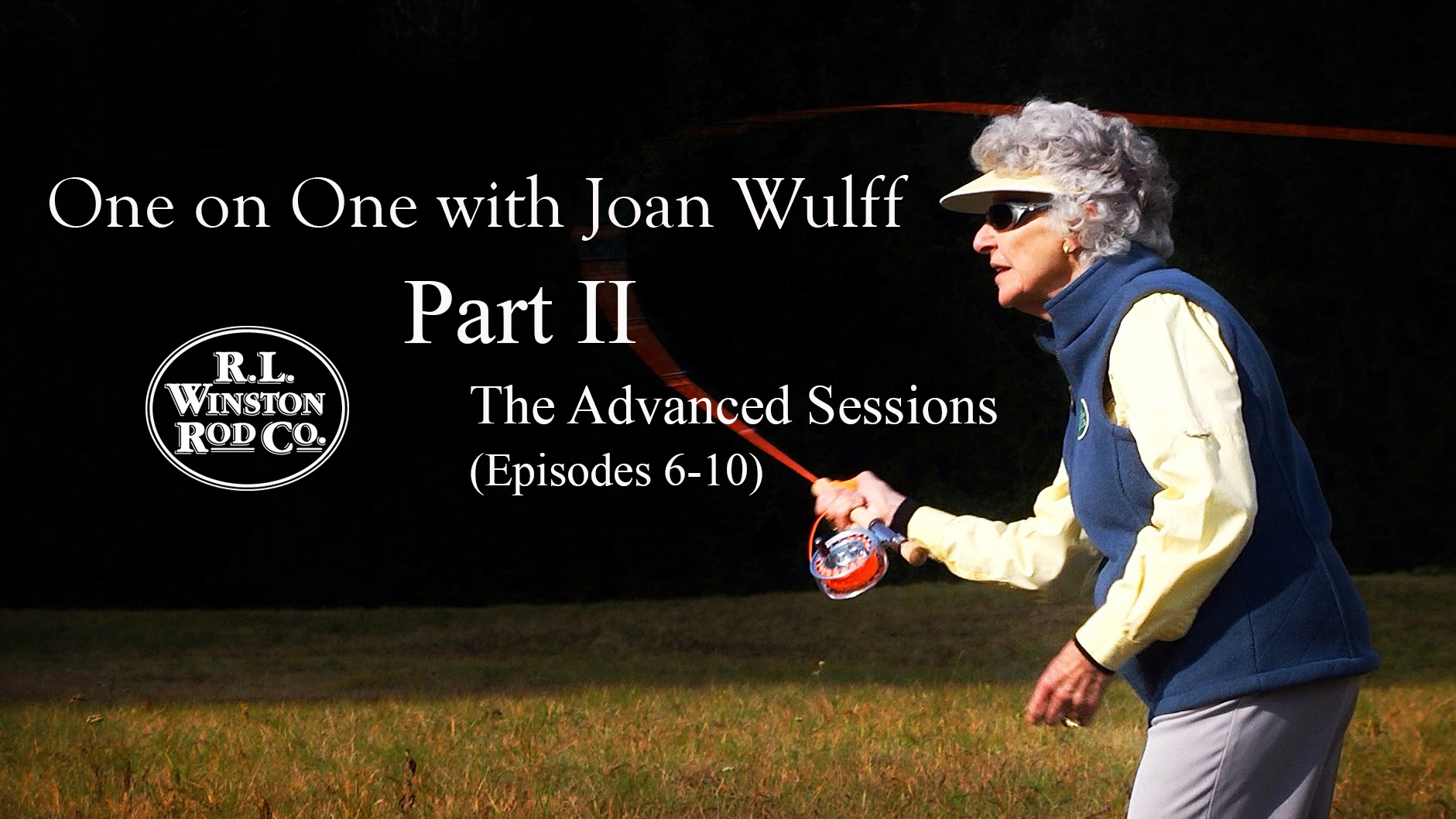 Today, Winston Rod Company proudly announces the second installment of its new 10-episode online HD fly casting instructional video series, “One on One with Joan Wulff”.  This second collection of more advanced HD instructional videos is available for viewing immediately at winstonrods.com.  The next five titles include: False Casting, Drift, Double Hauling, Shooting the Line and Mastering the Wind.

Joan Wulff, a member of Winston’s Pro Staff Advisory Team, is one of the greatest fly casters of all time. She has won several fly casting competitions against both men and women, was a National Casting Champion spanning more than two decades and is one of the world’s most accomplished fly casting instructors. Joan is a celebrated author, columnist and founder of the Wulff School of Fly Fishing on the Beaverkill River in New York State. She has fished extensively all over the world in saltwater and in freshwater with Winston rods, including the popular Joan Wulff Favorites.

For the first time online, in Winston’s new 10-part HD series of instructional films, “One on One with Joan Wulff”, Joan shares her secrets to becoming a successful fly caster for life.

“Now that you have the foundation of good fly casting on which to build, you can embrace these more advanced techniques to handle the challenges of any fishing situation!”

“After almost a year making this comprehensive series of HD fly casting instructional online videos with Joan, we are excited to release the second half of the “One on One with Joan Wulff” series in time for this year’s upcoming trout season. As you will see, the videos are intended to be watched in sequence with this latest batch of episodes designed also for more experienced anglers. Joan is an exceptional caster and instructor, so offers all anglers the opportunity to learn something, whether they are advanced, intermediate or just starting out.”

Winstonrods.com allows access to all of these new instructional fly casting and other movies in HD anywhere, anytime from your computer, iPhone, iPad or other mobile device.